Studying in Australia is Different from Canada, the United States of America, and the United Kingdom, Here’s how?

Universities in the United Kingdom, the United States of America, Canada, and Australia are among the most sought-after study-abroad locations for international students because of their extraordinarily high educational standards and relaxed lifestyles.

We’ve covered some of the key differences in learning, costs, and lifestyle if you’re interested in learning how your study experience will differ in each country.

The degree structure is unlikely to have an impact on international students who are participating in short-term exchange programs because you will still be enrolled at your home university and continue to follow the same format.

However, it’s crucial to consider how much flexibility or specialization you need from your studies if you’re an international student planning to complete your entire degree abroad.

The emphasis on breadth of study in American higher education is typical. Students choose from a variety of courses across a range of subjects in the first few years of a four-year undergraduate bachelor’s degree program (including general education, like writing and critical thinking.

Students are typically forced to select a specific field of study – a “major” – which is the focus of the last two years once the requirements of the core curriculum have been satisfied. For students who want the freedom to explore various specializations and fields of study or are unsure of what career to pursue, this is a good system. Some institutions offer more specialized degrees with stricter structures.

Students in the United Kingdom, Canada, and Australia will perceive the educational approach as being more concentrated. You will start a course devoted to your degree’s subject the moment you decide on it, and you won’t likely take any classes outside of it.

This is ideal for students who are certain of the career path they want to take. 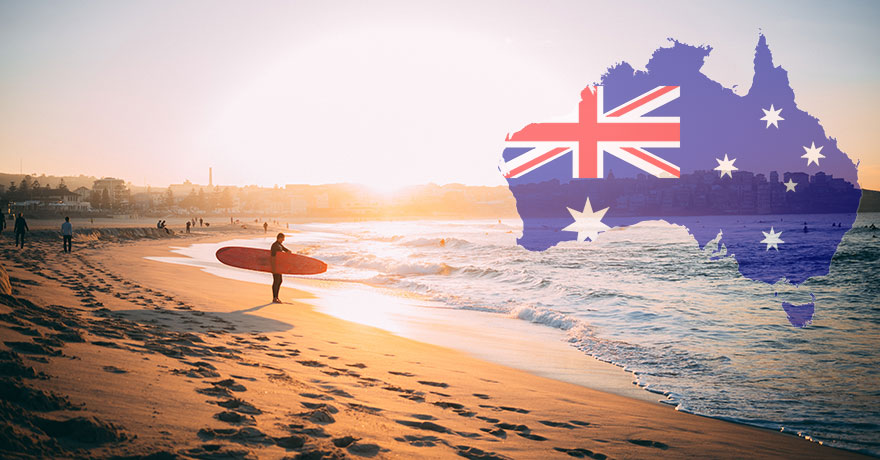 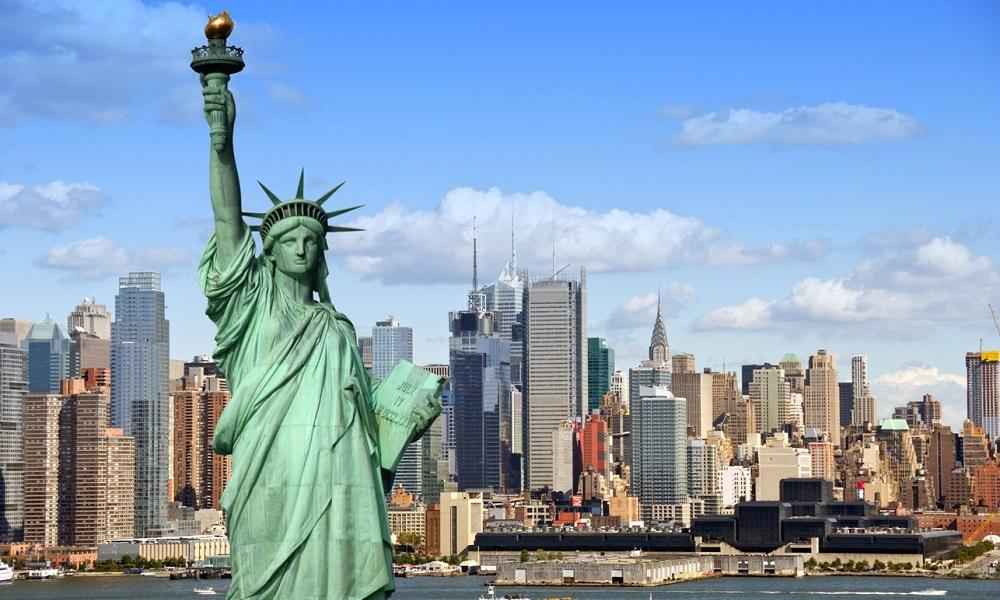 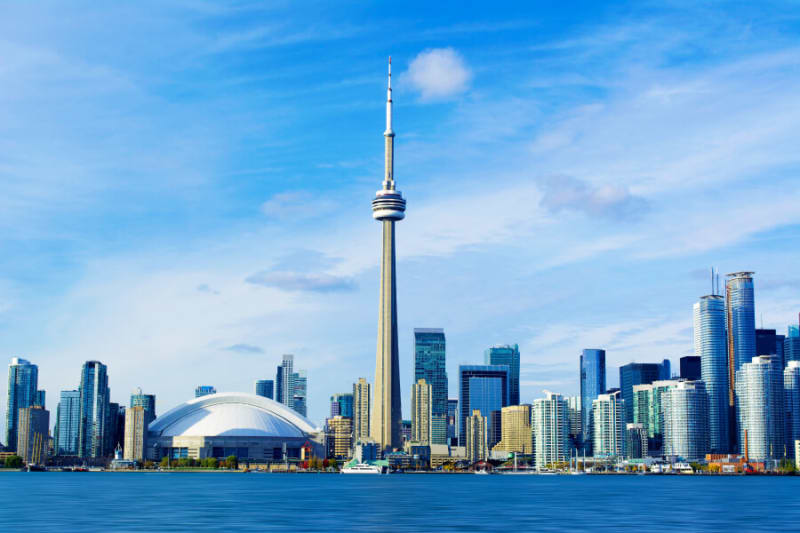 You might want to think about how each nation approaches classes, assignments, and exams depending on how you prefer to learn.

Due to the wide range of subjects covered by the US educational system, you must keep up with weekly readings and other assignments like smaller projects, research papers, debates, and oral presentations.

Your performance in these assignments over the course of the year will determine how well you do on the final exam, which will account for a portion of your course grade.

In contrast, British universities frequently emphasize lectures over small-group tutorials or workshops. While there may be the occasional assignment given to students throughout the semester, there may be none at all for some courses.

Instead, one exam or essay determines how well you did in the entire course. Since students are largely left unsupervised as they develop their research skills, learning is extremely independent in this way.

Your ability to think independently is expected, and instructors and course coordinators encourage independent time management among their students.

Australia and Canada both have similar learning styles. Although the majority of your classes will likely be lecture-based, some may also include weekly tutorials or labs. You might have to complete smaller assignments (like research papers or oral presentations) throughout the course, and these will count toward your final grade.

In most cases, however, two important exams will account for the majority of your final grade. At the halfway point of the semester, you will take your midterm exam. Your final exam, which takes place at the end of the term, is the second.

While lifestyle and other factors specific to you should also be taken into account when choosing a university, rankings are frequently a good indicator of educational standards and a university’s progress.

Ivy League colleges are eight private universities in the United States of America, including Yale and Harvard, that are regarded as some of the most prestigious in the entire world. However, many American universities outrank some of these “Ivies” in terms of rankings.

Computer science education at American universities is consistently rated highly; among the top institutions worldwide are Carnegie Mellon University and the Georgia Institute of Technology. The Universities of California, Berkley, Wisconsin-Madison, and Michigan are all ranked among the top 10 universities in the world for education.

The Times Higher Education World University Rankings for 2021 place the University of Toronto (UofT), widely regarded as the best university in the country, at number eighteen.

The University of Toronto is proud of a number of noteworthy accomplishments, including being the first Canadian university to have endowment funds exceeding $1 billion and housing Canada’s first academic publishing house.

In general, Canberra’s Australian National University is the best institution in Australia for studying physics, politics, history, geography, and mathematics, to name a few subjects.

As an international student, there are a variety of financial factors to take into account regardless of the nation you decide to study in. not just the tuition for international students, but also the cost of living in general, such as housing, books, and other necessities.

In some cases, if you’re on a brief exchange program (one semester to one year), you’ll pay the tuition at your home university and only have to worry about living expenses.

You must be aware of the specific tuition costs for international students if you plan to complete your degree entirely abroad.

Depending on the city you live in, the overall cost of living will be very different. Finding a place to live, buying groceries, or dining out all cost more in larger metropolitan areas like Sydney, London, or New York.

However, no matter where you decide to attend school, if you have good money management skills and can stick to a budget, you can succeed anywhere. Visit our Cost of Living Calculator to get an idea of how much it will cost to live in Australia.

All three of these nations are incredibly multicultural, with a wide range of suitable climates, distinctive landscapes, and diverse cultures.

The beach lifestyle, mild winters and hot summers, peculiar wildlife (have you ever seen a platypus? ), love of sports, and amazing travel opportunities all entice international students to Australia.

When considering variables such as climate, safety, activities, public transportation, and more, Australian cities like Melbourne and Sydney are consistently ranked among the best in the world for liveability.

With weather that ranges from snow and skiing on the east coast to sunny days and surfing on the west, the United States has something to offer everyone. International students have the option of residing in large, busy cities or smaller, greener student towns.

Since living on-campus is standard in the United States of America as well, you can easily adjust to university life there because classes are nearby, food is available in cafeterias, and housing dorms are populated by like-minded students.

Look to United Kingdom universities for history, vibrant culture, castles, lush countryside, and snowy winters. In the United Kingdom, everything is incredibly close together, and using the railway system to get around is simple.

Thanks to incredibly low-cost flights, even Europe is within striking distance.

You’ll likely begin the new academic year on par with domestic students, who are eager to meet new people and discover their surroundings because students frequently leave their hometowns for university.

Canada is very diverse and inclusive. For instance, 51% of residents of the City of Toronto were born outside of Canada. The nation is renowned for having a cold climate. Winters are typically cold and snowy in Canada, with windchill lowering temperatures to as low as -40 degrees Celsius.

However, many parts of Canada also experience extremely hot summers, with regular highs of 30 degrees Celsius or higher. There are many ways to enjoy the country’s natural beauty all year round, from skiing and ice skating in the winter to kayaking and hiking in the summer.

All countries have relatively similar working conditions, but they all have very different minimum wages.

Off-campus work can be done if it complies with certain requirements, such as being pertinent to your studies, but on-campus work is the most freely available. Although some states have set their own minimum wages, the national minimum wage is approximately $7.25 per hour (and has not increased since 2007).

In Canada, foreign students are permitted to work a maximum of 20 hours per week while enrolled in classes and full-time during designated breaks. Provinces and territories have different minimum wages; Saskatchewan has the lowest (CAD$11.45 per hour) and Nunavut has the highest (CAD$16 per hour).

While there are typically many different housing options available wherever you live, the types of accommodations vary by country.

In their first year in the United Kingdom, international students will probably live in halls of residence, which are owned and managed by universities. These structures are frequently divided into flats and have larger communal areas where students can socialize.

Second- and third-year students typically move into apartments or homes that are not owned by the university after settling in.

International students in the United States of America are frequently assigned to on- or off-campus residence halls, where they will probably share a room with one or more other people. After a year, you can choose to stay in the dorms for upperclassmen or look for housing in the neighborhood.

First-year undergraduate students typically live in residence halls in Canada (also known as dormitories). The university is the owner and operator of these facilities. Students leave the dorm after one year and look for their own apartment or a shared home close to campus.

While there are university-run residences available, unlike in the United States of America or the United Kingdom, many international students in Australia choose to live off-campus in homestays, rental homes, or managed student housing.

Every country has its unique set of rules and processes. As we’ve gone through all of it I personally would say Australia is an amazing place for international students. South Sydney College always welcomes new international students to its campus and if you plan to study in Australia, make sure to keep it on top of your priority list.

Have Questions? Send us a message

Ask us anything about studying in Australia, how to get a Student Visa, or information about our courses (it’s free!). We’re always ready to help.

Studying in Australia is Different from Canada, the United States of America, and the United Kingdom, Here’s how?

Travel and Pre Departure Checklist for International Students in Australia

Your Personality Has A Very Big Influence Over Your Future Career. So decide What To Study!

Vietnamese
Scroll Up
Scroll to Top